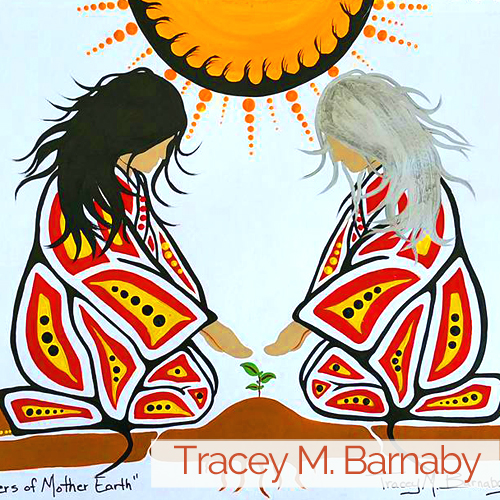 Tracey’s talent found expression as a founding member of Pugwalesg, a Mi’gmaq women’s hand drum group.  Tracey’s career in painting was launched as a therapeutic outlet, such as painting cartoon characters for her grandchildren. Upon sharing her work on social media Tracey began receiving requests for abstract paintings. Unsure at first of her painting ability she took on the challenge and much to her surprise she pulled it off! Now fueled with confidence Tracey began creating her own Mi’gmaq designs.

Tracey’s artwork reflects much of her own journey in life and she believes that everyone is on their own journey looking to better their lives and to put everything they have experienced into retrospect. For this reason she does not believe in assigning a story to her art.

“If someone becomes attracted to my art it’s because there’s something about their own journey in life that drew them to it.  My art now becomes their story!” 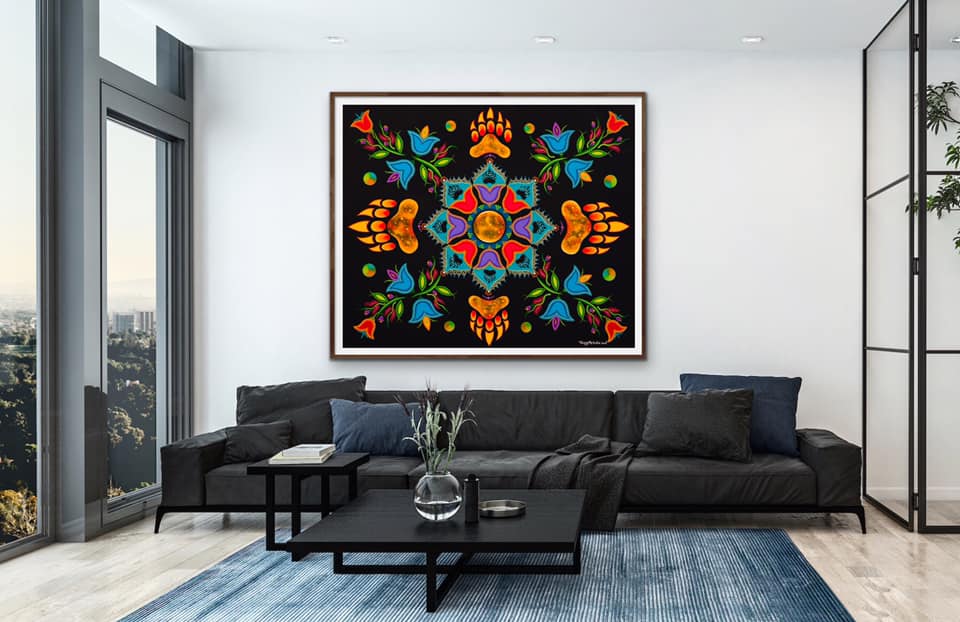 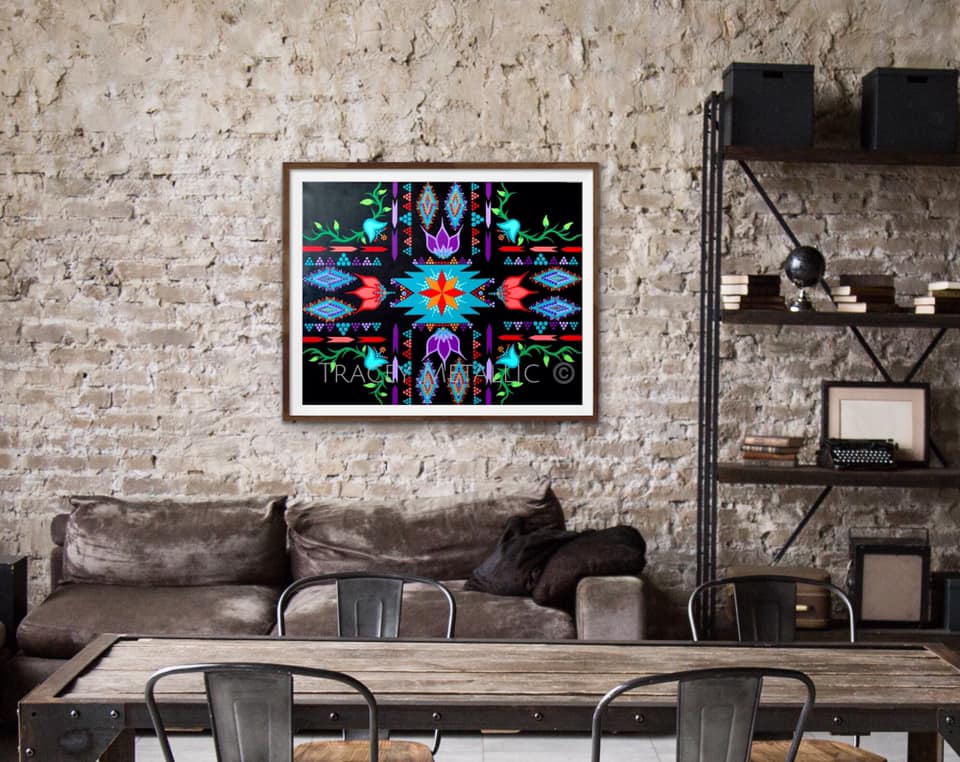 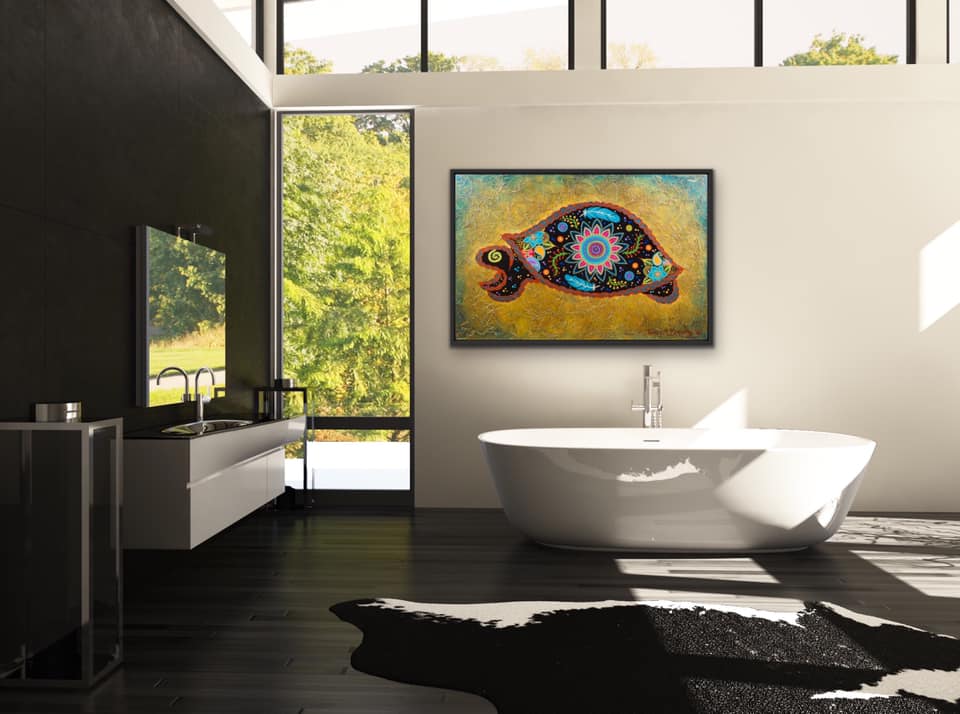 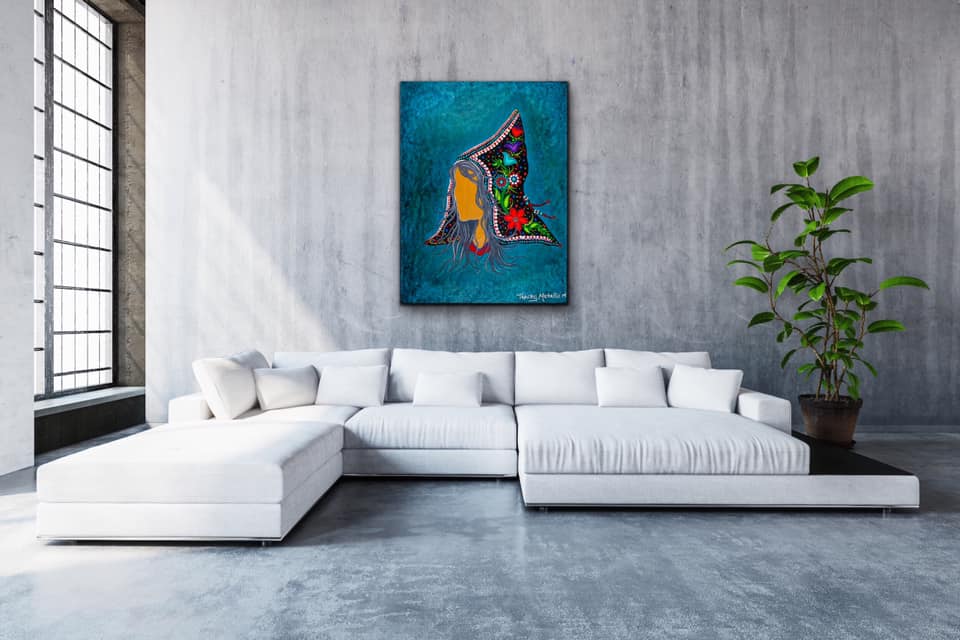 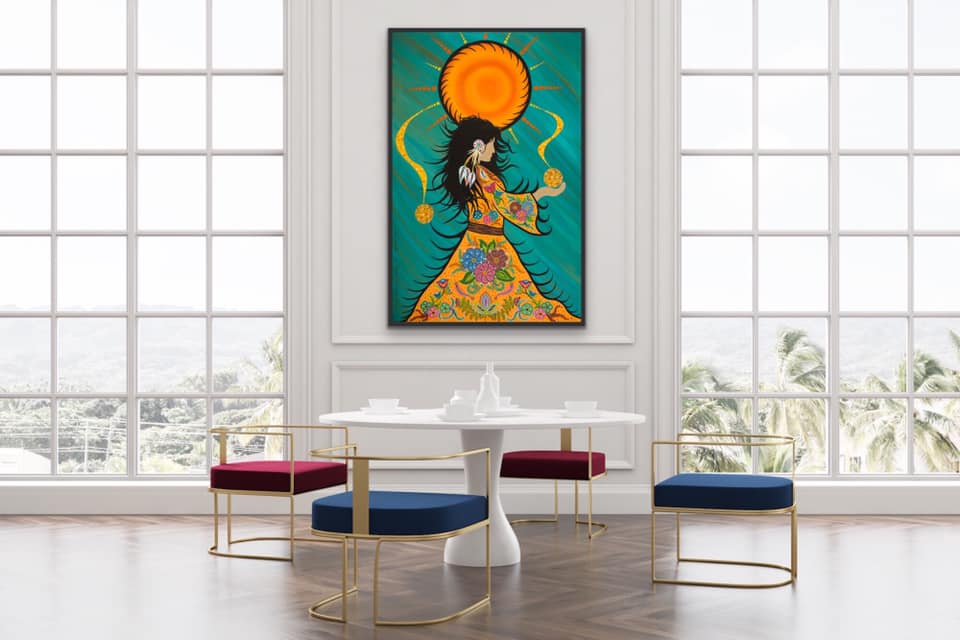 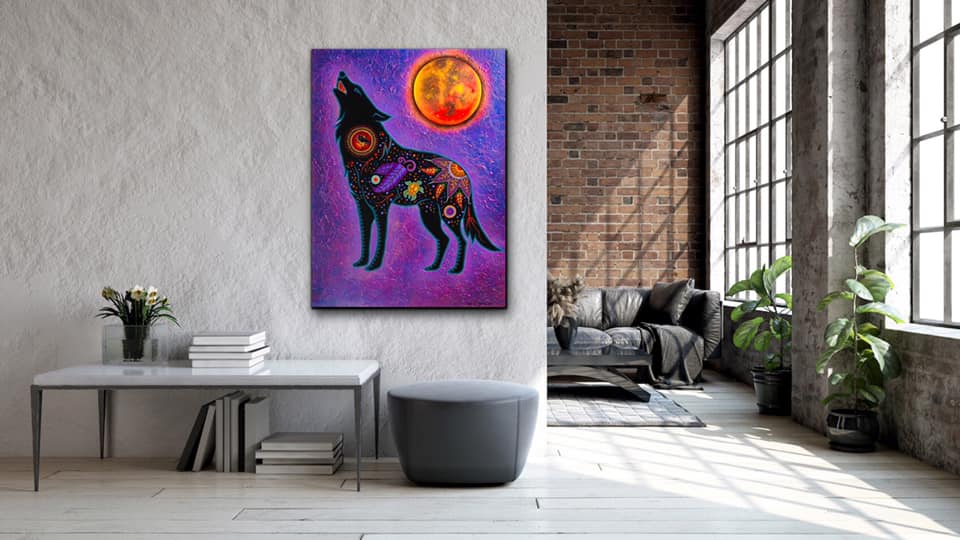