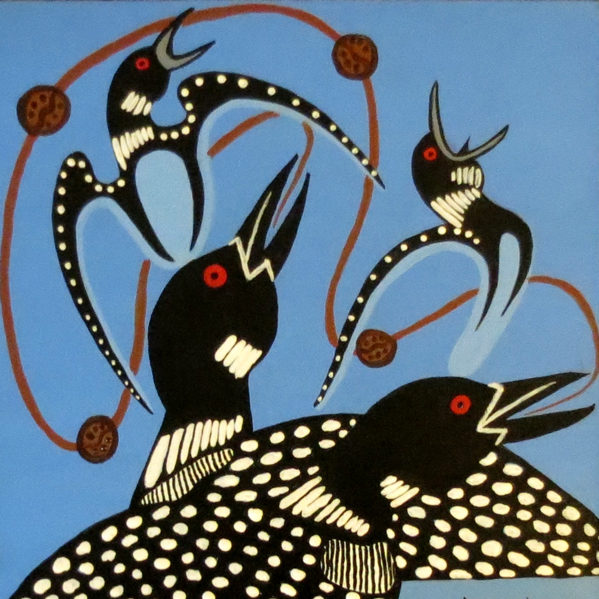 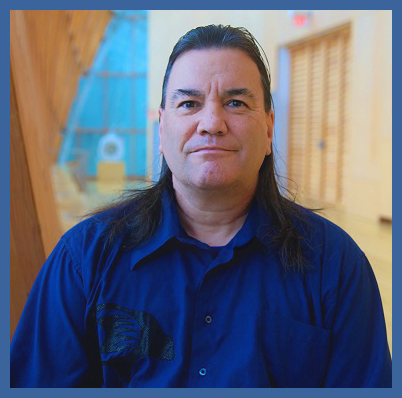 Let me start by introducing myself properly:

My name is W’ dae b’ wae (“Speaks Truth”), I am Ojibwe Anishinaabe, Bear is my clan.

Mike’s prints are now available for only $20 from Pass The Feather!! Order Here only until Dec. 20th!

Please click the images to see a full view.

From the Anishinaube Thesaurus by Basil Johnston:

“Our word for truth or correctness or any of its synonyms is w’dae’b’wae, meaning “he or she is telling the truth, is right, is correct, is accurate.” From its composition—the prefix dae, which means “as far as, in as much as, according to,” and the root wae, a contraction ofwaewae, referring to sound—emerges the second meaning, which gives the sense of a person casting his or her knowledge as far as he or she can. By implication, the person whom is said to be dae’b’wae is acknowledged to be telling what he or she knows only in so far as he or she has perceived what he or she is reporting, and only according to his or her command of the language. In other words, the speaker is exercising the highest degree of accuracy possible given what he or she knows. In the third sense, the term conveys the philosophic notion that there is no such thing as absolute truth.”

I am very proud of my Anishnaabe heritage. I was very fortunate to have Art Solomon, an Anishinaabe Elder, as one of my teachers. Art gave me my name.

I sign my work as W’ DAE B’ WAE. I hope my art speaks to the truth, telling the stories of the Anishinaabe, sharing the culture and traditions. But the truth in my art may also be different for others. What I see in my art may differ from what others see….my art may speak to them differently.

“The traditional way of education was by example, experience, and storytelling. The first principle involved was total respect and acceptance of the one to be taught, and that learning was a continuous process from birth to death. It was total continuity without interruption. Its nature was like a fountain that gives many colours and flavours of water and that whoever chose could drink as much or as little as they wanted to whenever they wished. The teaching strictly adhered to the sacredness of life whether of humans, animals or plants.”

“Native people feel they have lost something and they want it back. It doesn’t necessarily mean that when I talk about going back over there, that we stay over there. You have to get those teachings and pick up those things that we left along the way. The drums, the language, the songs are all scattered around. We need to bring them into this time. You need these things to teach your children today in order to give them that direction and good feelings about who they are. They need to know where they are going. It doesn’t mean we have to go back to living in teepees. You can be a traditionalist and be comfortable wherever you are.”

I believe that art is more than just a window into the soul. I believe that the arts can be a way to better understand ourselves….to better understand each other….to know about our culture and traditions. To know where one is going, one must know when one has come from. As Louis Riel said: “My people will sleep for one hundred years, but when they awake, it will be the artists who give them their spirit back.”

I have a background in education (mainly environmental science and outdoor education) as well as in the social services field. In addition, I have been involved with several youth canoe building projects.

In 2012, I went to Fort Severn (on Hudson’s Bay) to help conduct a month long workshop in the restoration of wood canvas Freighter canoes, with the local First Nations youth, which was featured on CBC’s The National (see http://www.cbc.ca/news/canada/story/2012/04/27/f-fort-severn-canoe-restoration.html). Though my work in Fort Severn was supposed to be restoring Freighter canoes, it involved much more, especially after the project was extended through the entire summer.

Besides the work on canoes, this experience awoke my desire to contribute in a positive way, with all I had gained while doing social service work and as an educator, as well as through traditional teachings. Since I am of the Bear clan, I suppose one could say that the bear came out of hibernation.

I returned to my artistic roots, since I learned much about my Anishinaabe culture and traditions through art….as well as being able to share such knowledge with others. I started W’ DAE B’ WAE Creative Arts (http://4nishart.wordpress.com/).

For a number of reasons, I didn’t know anything about my Native heritage until I was in my late teens. Suffice to say that ‘DENIAL’ was not a river in Egypt in my family. Though I didn’t grow up in the culture (or on the reserve), eventually I did get very involved in my culture, especially in following the traditions.

I had to accept that I was half white and half red….two parts of the four Sacred Colours….of the four Sacred Nations of Man. Native people sometimes wear what is called a Unity button, with the four colours of red, white, black and yellow on it; these colours all meet in the middle. So my path started there in that middle place. Finding my balance between two canoes as it were. And for a while, you might be able to balance with one foot in each canoe.

But you cannot stand with your feet in two canoes forever.  No matter how hard you try.  I soon realized I had to choose which canoe I was in. So I chose to follow my Anishinaabe heritage. To embrace my Anishinaabe traditions and teachings. I believe all of those things I’ve learned….that I continue to learn…. and find each time I paddle out into wild places. Especially when surrounded by rocks, trees and water.

Drew Hayden-Taylor once wrote he was half Ojibway, and half Caucasian, so he was forming a new race called the ‘Occasions’….and since he thought it up he must be a ‘Special Occasion’. That sort of describes where I am now. I feel very proud of my First Nations heritage….as well as my Irish Canadian roots. A Cree friend in Fort Severn said I must be ‘Ojiberish’. But I am honoured to be Anishnaabe….and to have learned some of our teachings.

As for my background in the arts, I am a visual artist (mostly painting on canvas in acrylic, in First Nations/Native Woodland style). I am self taught largely and have been influenced by many other great Native artists such as Norval Morrisseau, Carl Ray, Michael Robinson, and Roy Thomas; and mentored by others such as Ken Syrette, Jay Bell Redbird, Joseph Sagij, Leland Bell, Phil Cote, Brian Marion, Robert Houle, LauraLee Harris, & especially Norman Knott, a cousin. I took individual art courses through Ontario College of Art and Design, Toronto Art School, and the Haliburton School for the Arts, for more formal training. I was quite involved with the Association for Native Development in the Performing and Visual Arts (ANDPVA), exhibiting at several of their shows, including acting as curator for their exhibitions at many Skydome Pow Wow. I worked with 7 Generation Image Makers when it was first formed, and have participated in many arts workshops with youth.

Since returning after my hiatus as an artist, I have shown at the Liberty Village Art Crawl; Indigenous and Ingenious; Gchi Nbi Art For The Water Show, Trent University; Native Men’s Residence Pow Wow; Wasauksing Pow Wow; G’zaagin Art Gallery; Gravenhurst Dockside Arts Festival; Native Canadian Centre of Toronto Arts and Craft Show/Sale; Curve Lake Pow Wow; Biindigen Aboriginal Arts Festival (Georgina Arts Centre and Gallery); and was at the 2014 Spring One Of A Kind Show as part of the Thunderbird Marketplace. I have created logos for the Giiwedin Anang program (Aboriginal Legal Services Of Toronto) and Thunder Woman’s Healing Lodge, as well as a series of images for Cancer Care Ontario, Aboriginal Services, for use in pamphlets.

Although my main artistic medium is visual art, I am also involved with carving (antler/bone, stone and wood); First Nations/Native traditional craftwork; canoe building; paddle making; cradle board making and other wood working including furniture making; writing/storytelling; film and photography. As a writer and storyteller, I have given readings at ANDPVA Writers’ Rooms.

When I use my paint brush I understand that I am not the only one doing the painting even though my name goes on the finished work. It is not how I paint, it is what I paint that’s important. Painting from experience is good but so is painting based on one’s knowledge. I am a painter in the Ojibway Woodland style. This style uses symbolism and imagery inspired by the birch bark scrolls, pictographs and petroglyphs. The spirit of the art, from the culture and traditions, and from what my Elders have taught me, allow me to have the visions I need to have so I know what to paint. These visions compliment the strengths, values and traditions of my people, my family, my community and my nation. Through my artwork, I paint these visions of teachings so that they can be shared with others. The paint brush comes from the hair of an animal and the handle of the paintbrush comes from the tree so I like to acknowledge my relatives for their wisdom, for their part in the material of the spirit of the art. Being an artist completes my purpose in life.

SOME HIGHLIGHTS OF ART CAREER: