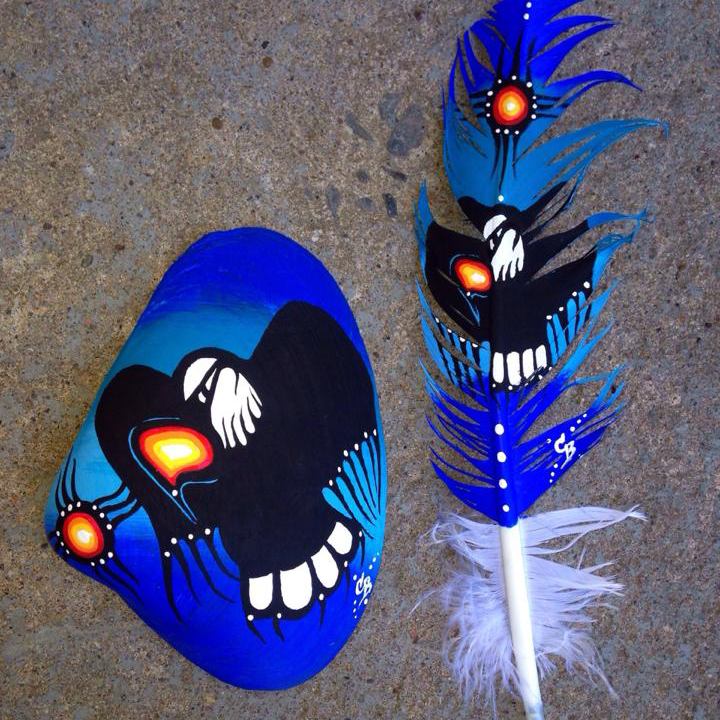 My name is Chelsea Brooks. My home community is Indian Brook, Nova Scotia. I first started painting at the age of 2 years old!

My Dad, David J. Brooks was also a very great & well known Mi’kmaq Artist. His artwork is featured in the Art Gallery Of Nova Scotia, as well as the murals outside of the Native Friendship Centre in Halifax. He has and always will continue to inspire and influence my artwork! Read more about my work below!

Sending love & positive energy to all, Anything is possible – Achieve greatness ! ♥

Go to our art directory.

Type in a keyword to search for an artist or art form.